From operating a single Rolls Royce in 1985 under the name Rolls Limousine Ltd, Rose’s leaders have grown the company an average of 10% each year for three decades. Today, Rose Chauffeured Transportation operates 95 vehicles, employs more than 130, and in 2014 surpassed $10 million in revenue.

H. A. THOMPSON @ BofA STDM w BUSSES - J1“We took it from nothing,” says H.A. Thompson, Rose’s primary founder, who operated the company’s first vehicle out of his driveway with his two sons. “Now we provide a living for a over a hundred families.” He cites a culture of hospitality as one of the keys to Rose’s success.

“Hospitality is the thrill you get from making the customer happy,” he says. “There’s an art to seeing a need before it happens, and delivering on it. That’s what the business is about—it’s not about the cars.”

Andy Thompson, H.A.’s son who drove the vehicles on the weekends in the early years and is now Vice President of Sales and partial owner, says their success is also due to setting goals. “When I was 16, we had a goal of $500 a week,” he says. “Every year we’d set a new goal.”

Another key, H.A. adds, is changing with the times. The company’s first passengers, on March 23, 1985, were Jerry and Debbie Keck who were married at the top of Charlotte’s first roller coaster, Thunder Road. Four years later, Rose purchased a limousine to broaden the appeal of their service, and changed the company name to Rose Limo. As the business grew, Rose added a few sedans for rides to the airport. In 1995, they purchased a mini-bus for small groups.

In 2002, they hired Director of Operations, Tom Holden, to grow the company beyond its small family-run roots. “We wouldn’t be where we are today without him,” says Andy. In 2008, they added a motor coach to the fleet, and in 2012 changed the company name to Rose Chauffeured Transportation.

Today Rose runs two core branches of business: In-town and airport transportation for individuals via sedan and SUV, and shuttles and group transportation via mini-bus and motor coach. Rose owns a total of 18 motor coaches, 14 mini-buses, 16 sedans, 6 SUVs, and 4 executive vans, plus runs 37 vehicles owned by their drivers, who are licensed, insured, and contracted with Rose under the brand RCT, which operates out of the Westin in downtown Charlotte. The company has ongoing transportation contracts with the Charlotte-Mecklenburg school district, all of Charlotte’s major sports teams, and many of Charlotte’s best-known corporations.

Over the years, Rose and its leadership have earned many awards in Charlotte, the region, and nationally, including the recently announced prestigious Charter Bus Operator of the Year 2015 award from LCT Magazine.

Holden, who has helped the company grow from $1 million in revenue in 2002 to $10 million in 2014, emphasizes that the company’s commitment to innovation hasn’t changed in 30 years. He oversaw the recent launch of Rose’s new app, RideRose, which allows passengers to access RCT chauffeurs on demand from their mobile devices. Now he’s moved on to launching Rose’s second app, RoseCharters, which allows groups and their families to track the location of their vehicles in real time.

“People expect the convenience of accessing a car from their mobile devices,” says Andy, who agrees that apps will play a big part in Rose’s future.

v“I expect to see this company grow to $15 million in the next three years,” says Holden. At 30 years old, Rose has no more intention of slowing down than its founder does at 81. “I’m having too much fun to quit,” says H.A.

About Rose Chauffeured Transportation
Rose Chauffeured Transportation is a leading ground transportation provider in the Southeastern United States, headquartered in Charlotte, NC. With more than 130 employees and nearly 100 vehicles, Rose provides the highest level of hospitality to groups, sports teams, and individuals via sedan, SUV, mini-bus, motor coach, and executive vans. Rose’s commitment to customer care extends to the highest possible DOT safety records, 24/7 dispatch, full-time customer service staff, and the latest on-board technologies including ADA-accessible vehicles, Wi-Fi, and vehicle tracking. Reservations can be made from anywhere at RideRose.com or, in the downtown Charlotte area, via the mobile app RideRose. 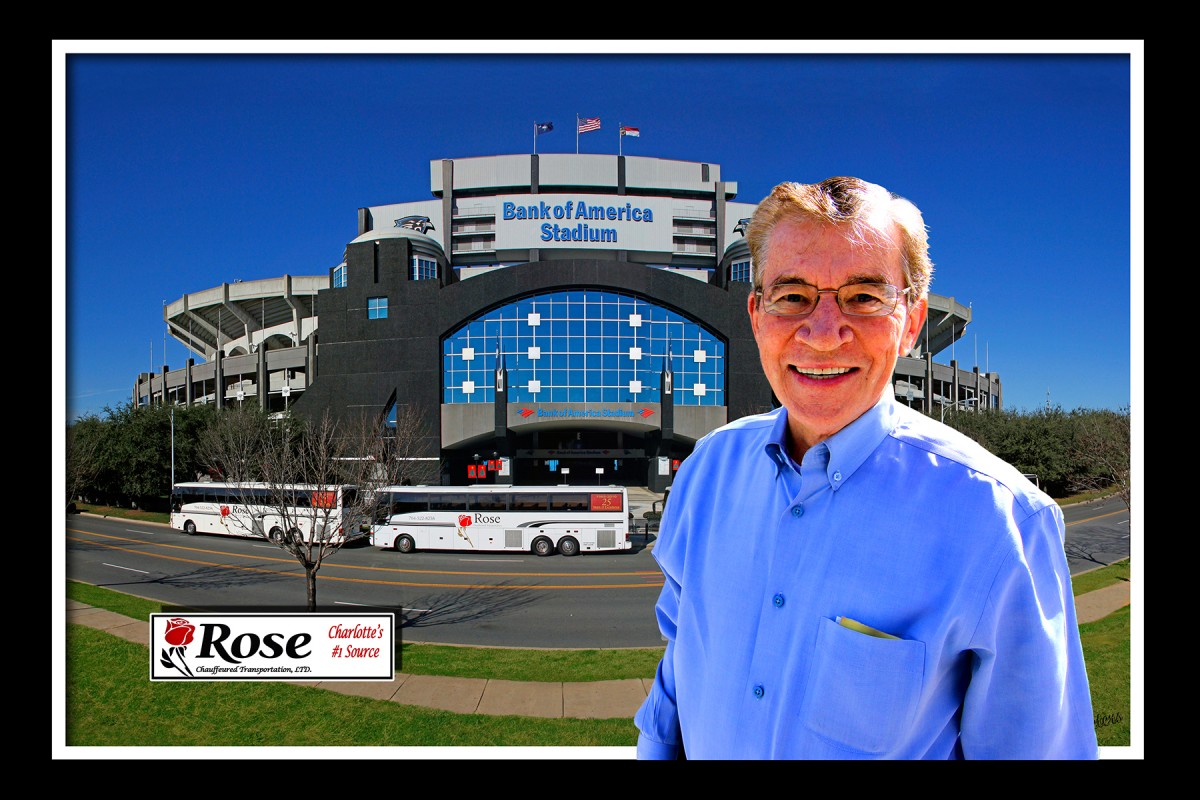